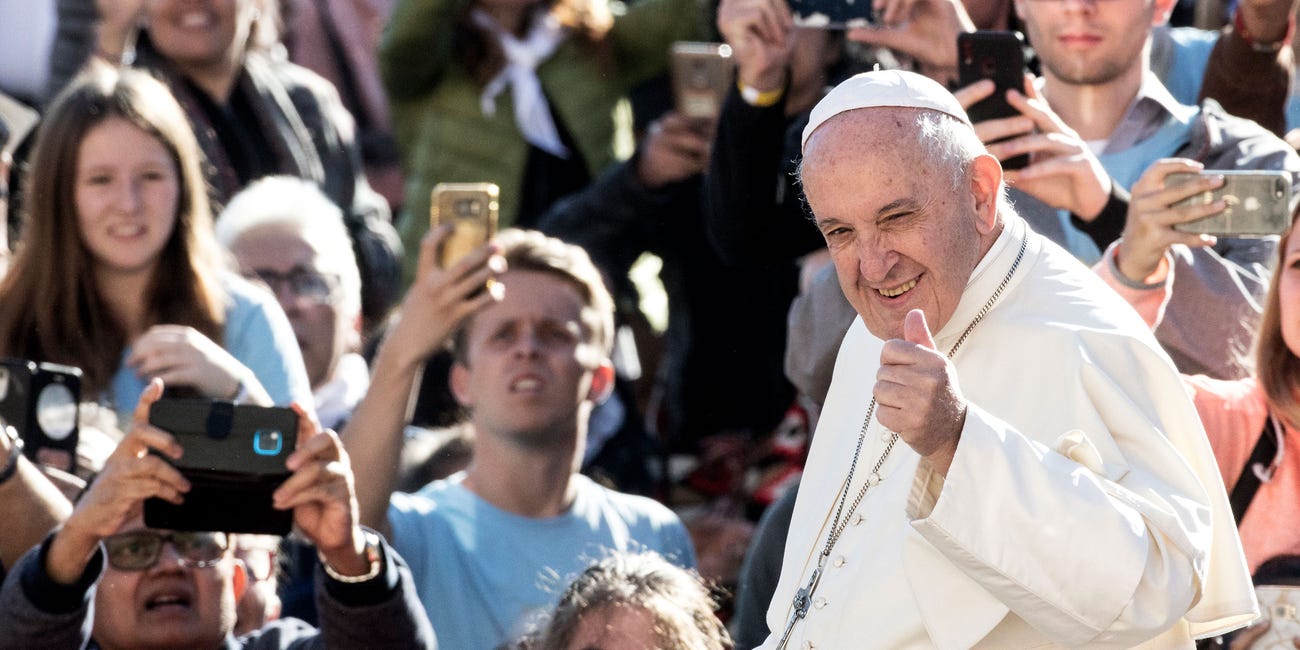 Pope Francis suggested that it might be time for countries to consider a universal basic wage to help ameliorate the worldwide economic disruption to workers caused by the ongoing COVID-19 outbreak in an Easter letter to leaders of prominent social movements.

The Pope, who is known for his focus and powerful advocacy on behalf of the world’s poorest and most marginalized people, devoted significant portions of both his Easter address at the Vatican and his letter to social movement leaders to highlighting the plight of the working class in this crisis.

“This may be the time to consider a universal basic wage which would acknowledge and dignify the noble, essential tasks you carry out,” The Pope wrote in his letter. “It would ensure and concretely achieve the ideal, at once so human and so Christian, of no worker without rights.”

In his letter, Pope Francis also noted that some of the lowest-wage workers “have been excluded from the benefits of globalization” and often slip through the cracks of existing labor protections, writing that “street vendors, recyclers, carnies, small farmers, construction workers, dressmakers, the different kinds of caregivers…you have no steady income to get you through this hard time…and the lockdowns are becoming unbearable.”

Over a dozen countries are implementing or experimenting with some form of temporary or permanent universal basic income in response to the economic devastation and massive unemployment in many places caused by the outbreak of COVID-19, the disease caused by the novel coronavirus.

Spain, for example, is moving towards permanently establishing a universal basic income program specifically targeted to its poorest citizens and families in the wake of the coronavirus outbreak.

The United States, which has more of a limited social safety net than other developed countries, is giving $1,200 emergency stimulus checks to Americans this week. Former presidential candidate Andrew Yang, who ran on a platform of universal basic income, says he advised the White House on devising the plan.

Yang rose up from being a little-known presidential candidate to a national sensation, partly because of his unique policy platform, which included a universal-basic-income program he called the Freedom Dividend. The initiative would give every American adult $1,000 a month, with no strings attached.

Yang’s campaign said a non-means-tested UBI program would help solve economic inequality by giving workers a financial safety net, bolster innovation, and pay people for household domestic work, like childcare, which is disproportionately performed by women and isn’t compensated in the formal economy.

Pope Francis echoed that point in his Easter letter, writing, “I think of all the people, especially women, who multiply loaves of bread in soup kitchens: two onions and a package of rice make up a delicious stew for hundreds of children. I think of the sick, I think of the elderly. They never appear in the news.”

A key distinction, however, between those plans and Yang’s signature Freedom Dividend proposal is that while most lawmakers are proposing a one-time or temporary emergency cash infusion to help workers weather the coronavirus crisis, Yang would have made UBI a permanent fixture of the US policy landscape.

Still, the move towards directly giving people cash in response to the ongoing crisis represents a shift in public policy away from the prevailing stereotypes that low-income people are irresponsible with money, Joe Huston, the CFO of the non-profit organization GiveDirectly, which gives people direct cash assistance, told Insider in March.

“So much of our conditioning is to start with the assumption that you can’t just give people money. Like we even have that aphorism around ‘you should teach a man to fish, not give them a fish.’ I feel like we’ve all kind of been conditioned to say like, well, that’s not possible,” Huston said.

Huston added that “for the people in need, their needs are very diverse,” telling Insider, “the advantage of cash is that we can do one thing: get cash to a lot of people and then enable a lot of priorities or fill a lot of gaps for different people.”