Earth has a toxic virus – us

The coronavirus crisis reminds us we must find a way not to kill the host we inhabit. 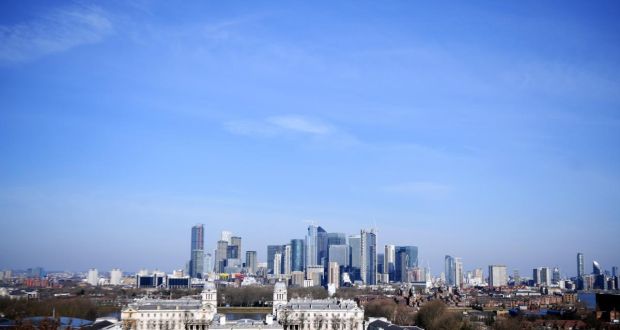 Part one of the 2020 Sign of the Times survey by Behaviour & Attitudes is published by The Irish Times today. The annual snapshot of Irish life combines quantitative and digital qualitative techniques with B&A published data on the economy, health, technology and shopping. The research was conducted in January and February 2020. Today’s findings are on the subject of climate change. Part 2 will appear next week.

Most of us can’t see coronavirus, but we can see its effects. Unnervingly, we can see how, from the point of view of Planet Earth, it makes things better. For us human beings, it is devastating, emotionally, socially and economically.

But for the planet, it is a holiday from our otherwise relentless foulness. Video animations released by the European Space Agency, for example, show the speeded-up images of Europe taken from the Copernicus Sentinel satellite between New Year’s Day and March 11th. The dense fug of nitrogen dioxide pollutants gradually recedes over the Po Valley in northern Italy as industrial activity ceases.

Coal consumption by the six large power plants in China fell 40 per cent in the first two months of this year, and China’s emissions of CO2 have probably fallen 25 per cent. The amount of carbon monoxide (mainly produced by cars) in the air in New York has dropped by 50 per cent.

Drastic, previously unthinkable changes in our way of life are perfectly possible – when we are persuaded that the threat we face is right here, right now

These dramatic effects point to two important things about the way we think about the climate emergency. One is that talk of “saving the planet” is misplaced. The attempt to control the rise in global temperatures caused by human activity is not about saving Earth. It is about saving ourselves.

As the immediate improvements in air quality caused by the Covid-19 shutdown show us, the planet would benefit enormously if we were to disappear tomorrow. It would restore itself to health quite rapidly. From Earth’s point of view, the toxic virus is us. It is we who have to find a way not to kill the host we inhabit and infect.

The other message is that we are suddenly doing the right things for the wrong reasons. Wrong, that is, not in the sense that turning off much of our economy is not a proper response to Covid-19, but simply in the rather grim truth the virus brings home to us.

We have a deep-seated tendency to do difficult things only when we run out of other options. Drastic, previously unthinkable changes in our way of life are perfectly possible – when we are persuaded that the threat we face is right here, right now. “Depend upon it, Sir,” said Samuel Johnson, “when a man knows he is to be hanged in a fortnight, it concentrates his mind wonderfully.”

Coronavirus has concentrated the minds of governments and societies because we have been convinced that we are, metaphorically speaking, to be hanged in a fortnight: the existential threat is immediate.

But the threat of climate is in fact much greater: civilisation could be hammered by the virus but it will be obliterated by runaway global warming. This has been known since the 1980s, yet relatively little has been done to stop it. The big question is: what does it take for us to concentrate our collective minds on this slower but more profound existential threat?

This is the question that hovers over the findings of this year’s Signs of the Times study by Behaviour & Attitudes, of the way Ireland is feeling about itself. In its section on climate change, there is a real sense of public anguish.

The groundwork for the study was done in January and February before the coronavirus crisis hit Ireland, but in a period when apocalyptic images of the wildfires in Australia and our own experiences of floods and storms were very much on people’s minds.